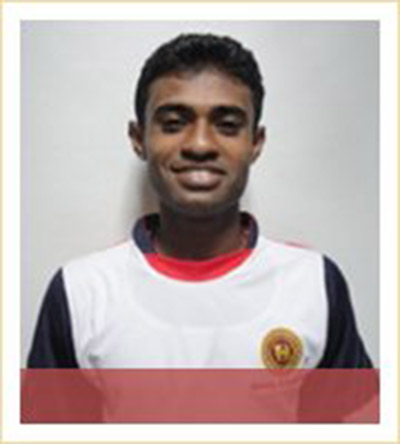 Madushanka Wijerathne comes from Buththala in the District of Monaragela. He is 21 years old. His father died when he was very young. His younger sister is a Plan sponsored child and currently in school.

Madushanka studied at Pelawaththa School in Buththala. He completed the Advanced Level examinations in 2010 and qualified to enter university having gained 3 grade ‘A’s.


Update September 2017: He completed the study social science, and he is waiting for a government job.

Update 2016: He is currently studying Political Science at Peradeniya University. Madushanka hopes to find work as a Government Administrative Officer once he graduates. His fervent hope is that his sister is also able to go to university.