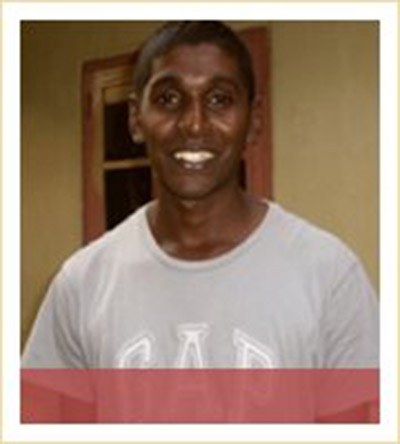 S. Rajeev belongs to a tea plantation community. His father died when he was very young. Even though there was very little money and he could have contributed to the family by working, his mother encouraged him to continue his education.

The quality of education in the Plantation area is very poor when compared with the rest of the country. Due to this, the opportunities to go to university are very few. Rajeev studied in Kandeketiya school of Madulkelle and did his Advanced Level examination and passed all his subjects.

He is currently studying Drama and Theatre. He hopes to become a university Lecturer.

Update 2016: Selvarj Rajeev, he is studying Drama & Theatre at the Eastern University he finished his 2nd semester of his 1st study year and he achieved excellent results. His subjects and results are: Drama and Theatre A; Understanding the body mind A; English B; Elementary of Acting A; Theory of body mind A; Dance movements A-; Information Technology A+