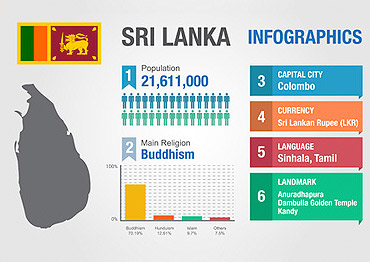 Sri Lanka (formerly Ceylon) is an island in the Indian Ocean, lying east of the southern tip of the Indian subcontinent, from which it is separated by the Palk Strait. Sri Lanka is about the size of Tasmania with an area of 65,610 square km, including 870 square km of inland waters.