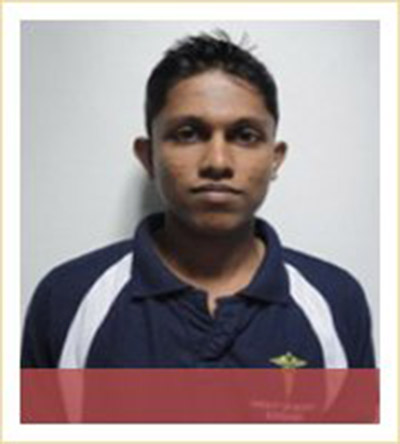 Sanjeewa Disanayake is from Madulla in the District of Monaragala. He studied at Elpitiya School. His younger sister is a Plan sponsored child.

In 2009, Sanjeewa passed the university entrance exam and was selected to study Bio Science. However, his dream was to become a doctor, so he retook his exams the following year and achieved two ‘A’ grades and a ‘B’ and was in the top 5 in his district. With his second effort at the Advanced Level examinations, he won a place to study Medicine at the University of Kelaniya.

His mother and sisters are very proud of Sanjeewa. He studied very hard while facing many difficulties and got through the most competitive exam in Sri Lanka. Now Sanjeewa also makes extra effort to improve his English as all the medical textbooks are in English.

After he completes his Medical degree he wants to work in a rural government hospital to serve disadvantaged communities.


Update September 2017: She studies in the 5th year of Medicine, right now she practices as Medical Doctor in Government hospital.

Update 2016: Sanjeewa Disanayake, he is studying medicine at the Kelaniya University he achieved his medicine degree. He is now waiting to be admitted for the 2nd semester of the 4th year.